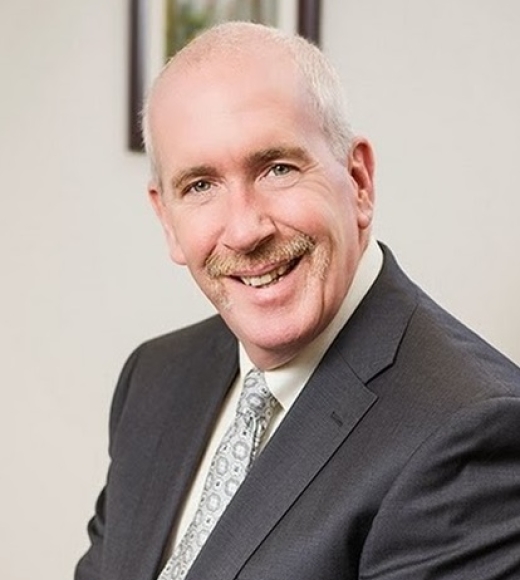 Since 1991, Robert Brennan ’87 has protected consumers and personal injury victims at his own thriving general practice firm, The Law Offices of Robert F. Brennan in Los Angeles. His trial winning percentage is among the best in California, including several multimillion-dollar verdicts and settlements. In one five-year stretch, from 2004 to 2009, he did not lose a single trial. He has been a “Southern California Super Lawyer” for eighteen consecutive years. Robert’s uncle was U.S. Supreme Court Justice William J. Brennan, Jr., and his father, Frank Brennan, was chief in-house counsel for several major U.S. corporations, including the Gallo Winery.

What do you find rewarding about your practice?

I like to represent the little guy against large companies. I have a diverse practice: lemon law, personal injury, fair credit, insurance bad faith. When someone gets stuck with a lemon, they’re really, really inconvenienced to a distressing point. They can’t get from point A to point B. They can’t pick up their kids. I started doing fair credit law because, years ago, I was the victim of a false credit report. It really, really ticked me off. It happens to a lot of people.

It makes me extremely happy to get my clients their money, to get them the justice they deserve. I have a very high success rate, including several seven-figure verdicts and settlements. I wait for cases where I can really help someone and feel like I’m balancing the scales of justice.

How has it affected you to have a U.S. Supreme Court Justice for an uncle?

It has affected me both positively and negatively. When I was younger, I compared myself to him and his accomplishments. I felt like I came up short and it bothered me. However, that was on me, not him. That all changed as I got older. Now I’m very, very honored to have him as a part of my family tree, and I really don’t compare myself to him anymore because we’re two very different people. Even if he wasn’t my uncle, I would believe that he was the single greatest Supreme Court Justice ever to wear the robe.

Why did you choose to attend King Hall?

I went to college on the East Coast. After I moved back here, I wanted to go to a West Coast law school. I was on campus for thirty seconds when I knew, I want to go here. It was the campus, the vibe, the student-professor ratio. It was a relaxed and nurturing place to study law. I knew it would be better than someplace where we were socked in by snow, growling at each other in the law library. It was the right choice. Those years at King Hall were my best years. I loved it there.

What is your favorite King Hall memory?

There have been many, many, many. There was a program where they paid for you to take a professor to lunch. My friends and I took a lot of professors to lunch. The boundaries came down, and we were able to get to know them personally. I remember those social interactions fondly. Sometimes we went to parties at professors’ homes. It was a casual environment.

Which class at King Hall have you used the most?

I had about thirty professors, and there were only a couple I didn’t like very much. I liked just about all of my professors, but Ed Imwinkelried was the one who actually made me think I could succeed as a lawyer. I had a more direct relationship with him. I really appreciate that man.

Did you participate in student organizations?

I wrote for the newspaper. I was on Moot Court. I played on all those damn softball teams. I was on Law Review for a little while, but I didn’t like it.

How have you stayed connected to King Hall?

I went to the last reunion. I have another one in four or five months, and I plan on going. I created and maintained a lot of good friendships. We’ve had Zoom calls during the pandemic. I’m very, very happy we’ve stayed in touch. Many of my classmates are very successful.

Of what are you proudest?

Do you have any advice for current law students?

Get your law degree and don’t think you’re wasting your time by getting it. There’s an anti-education push right now. A lot of people say you shouldn’t get a degree: you can make your money as an Instagram influencer and only work a few hours a week. It’s a lot of smoke and mirrors. Even if you don’t go into practicing law, having a law degree is immensely valuable. You need to understand contracts and negotiations regardless of what you’re doing.

Unless you are really cut out for working at a big law firm, don’t work there. Why would you? You may enjoy rowing, but that’s not the same as being a Roman galley slave. I encourage students to either start their own solo practice firms or get together with friends to start a small firm. Many of them will fail at first, but I encourage them to keep going, knowing failure is going to happen. Dust yourself off and try again.

Owning your own firm or holding a position of power in a small firm will make you a happier lawyer. The one thing that’s identified with satisfaction fairly consistently among lawyers is having their own firm or being one of the people with power in a two to four-person firm. I’m happiest in my solo space.